When you read this, you are going to say:  yeah, sure!  But, I have to tell you the story anyway.
There is a private Texas Company that makes an anti-corrosion product for use in aviation and marine environments.  The product is CorrosionX.  The following are my stories about my personal experience with this product.  I am absolutely positive you are not going to believe me and/or you may think that I own the company.  The following is entirely the truth --  and I wish I owned the company!
I first bought a bottle of CorrosionX from Budget Marine in Trinidad.  I was looking for a product that would inhibit rust/oxidation.  I had a few spots that I wanted to treat in my engine room.  I bought it, sprayed it on the spots and it worked…OK, oil would have probably done the same thing…this stuff felt and looked like oil, so I assumed that I bought some snake oil.  I continued to use the pump-spray bottle in the engine room for treating rust for 2 years.
Then an unrelated thing happened.  Our PC computer at the Navigation Station began to go to a “Blue Screen of Death.”  At first, once a week; then daily.  We couldn’t live with this happening, so I began to look for a new computer.  I wrote a cruising friend who was a retired IT guy for a recommendation on a new computer.  I told him briefly about my current problem.  He wrote back with several new computer recommendations and also said, “Whenever I buy a new PC or laptop for the boat, I completely take it apart.  Using a small brush, I coat the circuit board and all of the terminals, such as hard drive connectors, etc. with CorrosionX. “   He said that the life-expectancy doubles when he does this.  I thought, wow, I have some CorrosionX, I have a bad computer…what have I got to lose?   That was 2 years ago and the computer is now over 6 years old and still working perfectly.  A $12 pump bottle of stuff saved me $1,200!  This was the beginning of my story on CorrosionX.
Since my computer fix, I have repaired many electric and electronic items saving thousands of dollars.  I have recommended CorrosionX to others and they have experienced the same miracles.  Here are a few of the more notable examples: 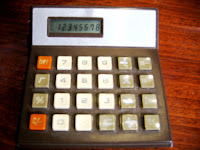 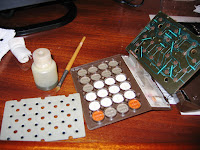 n our consumptive world where we replace rather than repair, I am certain that these few examples would have cost at least $7,000 to replace the faulty items.  My total cost was $12.  And I still have plenty left for future projects.
Posted by CW Bill Rouse at Sunday, January 02, 2011